I’d like to talk about a natural liver health supplement that you may have never heard about – but it’s quite possibly one of the most important things you can take for your health – and specifically, your liver’s health.

It’s called N-acetylcysteine – or NAC to make it easier.

So why is NAC something that you should know about? Before we list its many medical benefits, it’s good to know that other than being safe, inexpensive and commercially available for a long time now, NAC is also generally well-tolerated and has no known serious side effects. 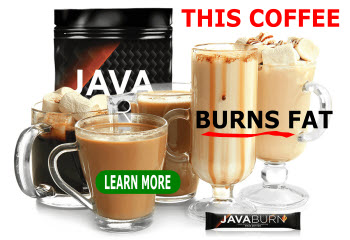 So here is a list of ways on how this liver health supplement can benefit you, not only on your liver health, but also on many other disease which you may be potentially exposed to.

This Liver Health Supplement Should be Your Best Friend

Why Your Liver Will Love NAC

Increasing the level of NAC in your body minimizes the damage which can be caused by alcohol consumption. The intake of at least 200 milligrams of this liver health supplement at a minimum of 30 minutes before drinking alcoholic beverage may help reduce the alcohol’s toxic effects. It also minimizes acetaldehyde toxicity which is the cause of many hangover symptoms.

Taking this amazing liver health supplement, together with B vitamins which are depleted in the process of drinking alcoholic beverages and which ironically, are also the ones that aid in eliminating alcohol from the body, would significantly help anyone who suffers from headaches and other effects of alcohol consumption.

Vitamin B1 (also known as thiamine) and Vitamin B6 (known as pyridoxine) are only some of the B vitamins which contribute toward alleviating hang-over symptoms.

NAC also helps boost production of glutathione, an important antioxidant produced naturally by our bodies that helps to minimize free radical damage. It also plays a role in the detoxification of heavy metals and other harmful substances.

In medicine, NAC is used as a powerful antidote to acetaminophen toxicity. Acetaminophen depletes glutathione in the body, leading to potential liver damage. If your body maintains a good level of the antioxidant glutathione, liver damage may be prevented. It is also the reason why in medical emergency cases such as an overdose on Tylenol, large doses of NAC are given to the patient in order to increase the glutathione level in the body.

Some drugs used to lessen severe pain like those given to patients who have recently undergone surgery may contain acetaminophen. Though not highly recommended for intake, if there is a necessity for taking such drugs, taking it along with NAC is highly encouraged.

Also, in unwanted cases such as children accidentally overdosing on acetaminophen-containing drugs, having a stand-by bottle of NAC at home may help in preventing its harmful effects. Nevertheless, seeking medical help immediately is still indispensable in incidents like this.

In treating hepatitis C, this liver health supplement is also recommended as a better alternative to resveratrol after the latter was found in a recent study to enhance the replication of hepatitis C virus.

Why Couples will Love NAC

The benefits of NAC for fertility in both men and women have been proven by many recent studies. In men, NAC has shown to improve sperm quality. In a study where women took 1,200 mg per day of oral NAC for five days, starting on the third day of their menstrual cycle, it appeared that their ovulation rate improved by 52 percent. There was also significant improvement in the endometrial thickness.

The quality of a woman’s eggs, a factor in improving the chances of getting pregnant, was also shown by other research to have been improved by NAC. The supplement also helped in lessening the risk of miscarriage – and for those who have already experienced repeated miscarriages, their pregnancy rate may also be increased. Also, endometriosis, a common cause for female infertility, is improved by NAC supplementation.

Why Your Brain will Love NAC NAC is promising many other potential uses in neuro-degenerative conditions. Since glutathione deficiency in the substantia nigra has been common to a number of neuro-degenerative conditions including Parkinson’s disease, progressive supranuclear palsy, multiple system atrophy and Alzheimer’s disease, scientist are currently investigating NAC as a treatment as it helps in increasing glutathione levels.

One recent study also suggest that NAC can also be a treatment for mental health disorders including post-traumatic stress disorder (PTSD), depression and substance use disorders.

Oral intake of NAC is not highly bio-available, meaning that it may result in low absorption levels and it usually has half-life of only two hours. Consequently, the recommended dosage can be as high as 1,800 mg per day and spread out over two or three times a day. Dosage is generally well-tolerated, although some experience nausea, diarrhea or constipation. In cases like this, dosage levels should be reduced. Like most supplements, it is best to take it with food to reduce the likelihood of such effects.

Also, to avoid experiencing any debilitating detox symptoms, start the dosage low, with estimated 400 to 600 mg once a day, adjusting the intake one step at a time. If currently undergoing cancer treatment or taking an antidepressant, make it a point to discuss the use of NAC with your doctor, as it may interact with chemotherapy and some antidepressants.